I was studying for my driving knowledge test the other day when I stumbled across an unfamiliar word “inertia”. It says that when we make a turn at a curve, the force of inertia will try to keep us going in a straight line. So, what exactly is inertia and how does it affect our driving habits? 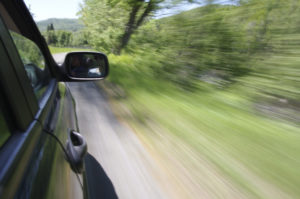 Newton’s First Law of Motion (also referred to as Law of Inertia) explains the behaviour of stationary and moving objects. It states that a rested object stays at rest and an object in motion keeps moving in the same speed and direction unless it’s diverted by another force. In relation to an object’s state of motion, inertia is essentially the resistance of an object to changing its velocity. So basically, inertia tries to keep you moving in the same direction and speed.

The concepts of driving involves a lot of natural forces like gravity or friction etc. In fact, the most unfortunate car accidents are in relations to these forces, but in particularly the force of inertia.

If a car travels at 50 km/h, that means that everything in it is also moving at that same speed. When the car suddenly stops due to either braking or crashing, inertia will force the passengers or any other objects to keep moving forward. And since the force of inertia increases with the speed, the motion can varied from a light jerk to a more serious crash. That is why the seatbelts are crucial since they can help to decrease and cancel out the force of inertia.

Turning on a curve is also affected by inertia. Especially if the turn is too fast, the strong resistance would force the car to go in a straight line, which can easily cause crashes and damage to people or property. In these situations that involve turning, going slower is always a good option for there won’t be as much inertia so the car can make safer turns.

Understanding about inertia can be quite useful when it comes to driving. Especially for new learners like me, we ought to have a keen idea about these concepts that can help us to be more cautious and build up good habits. For me personally, this is incredibly important since I often forget to do the little things like putting on my seatbelts, etc. I need to understand that it’s these smallest acts that can eventually cause huge consequences. So learning about inertia have definitely helped me to be more aware of all the possible outcomes of my decisions on the road.