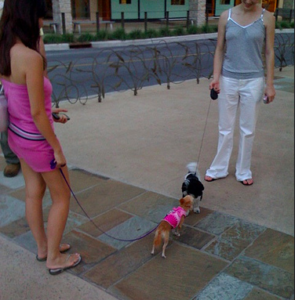 Who Says Dogs Don’t Look Like Their Owners? © maczter, CC BY 2.0

To understand why owners may choose dogs that look like them, one must understand the mere-exposure effect first. This phenomenon can be defined as a psychological preference for things that are familiar to you.

A study done in 1992 tested this effect on a group of 130 college students. During this study, three women of similar appearance sat among but did not interact with the other students. Each woman attended a different number of classes (5, 10, or 15). A fourth did not attend class at all, but only posed for a photograph. At the end of the term, the students examined slides of the four women. They then rated each woman on familiarity, attractiveness, and similarity. The results showed that the woman that had sat in 15 classes was rated much higher in both similarity and attractiveness than the woman they had not seen at all. Considering that each woman received a similar familiarity rating, the affinity for the woman they had seen more often provides evidence for the mere-exposure effect.

So how does this phenomenon apply to why owners and dogs look alike? Basically, we like things that are familiar. It can explain why we listen to “oldies” radio stations, or why we are more likely to vote for familiar names in politics, without knowing anything about their political views. Having seen yourself in the mirror so regularly, you are more likely to subconsciously have an immediate attraction to animals that share similar features. 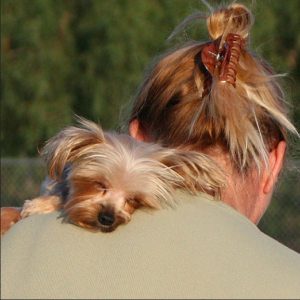 Another study done in 1999 by a professor at UBC provides more evidence to suggest that we choose familiar faces. In this study, he used a small sample of dogs divided into two categories: lopped ears (English Springer Spaniel, Beagle) and pricked ears (Siberian Husky, Basenji). 261 women rated each dog on attractiveness, friendliness, loyalty, and intelligence –all based on the dogs’ appearance. Afterwards, the women chose from a series of sketches to indicate which resembled their own most typical hairstyle. The hairstyles were of two categories: long and covering the ears, or short and showing the ears. As expected, women with longer hairstyles tended to prefer the lop-eared dogs, while women with short hairstyles chose the opposite.

Following that study, there has been a lot more research done to further prove this phenomenon. While I may not look like my own dog, there is still significant scientific backing to the phenomena that I can’t ignore. The next time you go out, pay special attention to dog-owners and see if you see a resemblance! You can test how well you can match an owner with their dog with this quiz!