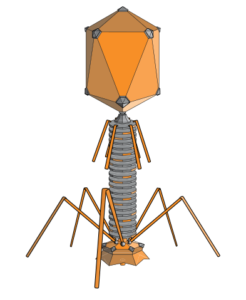 Bacteriophages, also known as phages, were discovered by Frederick Twort in the early 20th century. Initially phages were used to treat only diseases such as cholera due to the fact that many people didn’t trust how insufficiently researched it was. It wasn’t until the invention of the electron microscope that scientists figured out that phages were viruses could treat any bacterial infection, but even with discovery many obstacles were in the way of the development of phage therapy.

In order to create phages, scientists grew the bacteria from the specific infectious disease and then inserted phages into it. The bacteria were killed and the phages reproduced themselves, but since new technologies hadn’t been invented at that time, it was difficult to divide the dead bacteria from the phages. As a result it was difficult to create pure phage solutions. If the treatment was not sanitary then the dead bacteria could activate a deadly immune response called sepsis. This was one of the main reasons that many people didn’t believe in its efficacy.

In the following years, antibiotics were developed and as a result phage therapy was abandoned. Even though the western world didn’t trust this treatment, research still continued in European countries such as Georgia and their work showed that with the proper technology, there was no risk in phages. 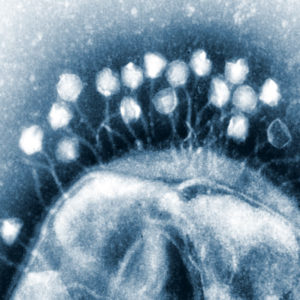 Why use them now?

In recent years, we have uncovered that certain bacteria have developed a resistance to antibiotics and that the creation of new antibiotics are becoming more and more difficult and less profitable for pharmaceutical companies. This is because after a certain amount of years the bacteria will resist the antibiotic that was created and nobody will buy it, which would be a large loss for such companies. Furthermore, although resistance to phages can also be developed, it would take only a few weeks to create new and well functioning ones, which is less than the few years that it takes to develop new antibiotics. In addition, the development of phages wouldn’t cost as much as antibiotics because they are natural and don’t develop secondary resistances.

Overall, I think that phage therapy seems like the right step into treating infectious diseases, but there definitely needs to be more research done in order to make it safe and effective. I also find it quite odd that, western medicine wasn’t interested in studying this alternative treatment method until recently. With this exciting news I am looking forward to finding out more about future studies.