by Lauren Tam In hearing the word “multiverse”, we usually think of Doctor Strange or the Flash.  We all wish we could travel through time and space, or be the fastest person alive – I know I do.  Though interdimensional life tends to stay on screen, there is reason to believe that it can be […] 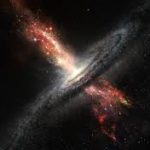 The black hole is exactly what it looks like–a black dark void where no light can escape. It’s sometimes fascinating, but most often it’s terrifying. The black swirly appearance and emptiness gives off an unsettling feeling. Anyone who looks at an image of a black hole will wonder, at least once, “what happens if I […] 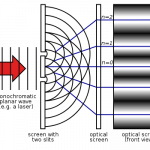 Is light a particle or a wave? If you’ve ever wondered about this question, you’d be glad to know you’re not alone. Many scientists have disagreed on the true identity of light, with much evidence backing up both sides of the argument. After learning about the properties of light through both the FSL program and […]

The common perception that men and women walk differently has been supported by numerous studies in both psychology and human perception. However, have you ever wondered why do men and women move differently? Gait is the pattern of strides we take as we walk inovling lim movements made during locomotion. Undeniably, many individuals say that […] 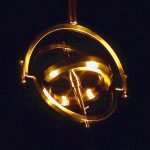 by Athena Cai Since liftoff on April 24, 1990, the Hubble Space telescope has allowed us to take leaps in what we understand about the cosmos, and is still making contributions today. After I bought a telescope on Craigslist this summer, I began to wonder just how NASA keeps the Hubble steady and accurate enough to […]

by Catherine Wang Penguins are known for being incredibly effective swimmers. They have evolved many traits favourable for ocean living, but scientists have discovered that these aquatic aficionados have another clever trick up their sleeves. Mostly living below the equator, penguins enjoy time both on land and underwater. They rely on the abundance of krill, […]

by Felix Zhou Old Data, New Knowledge      In January 1986, the Voyager 2 space probe arrived at Uranus and took the only close up measurements of the planet. Ever. It gave scientists a lot of very important data about the planet, such as its rotation rate, its rings (yes, Uranus has rings), its atmosphere, and magnetic environment. The mission […] 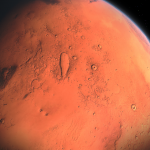 by Chris Hwang To this day, setting foot on Mars remains to be one of mankind’s greatest ambitions. However, landing on the red planet is not easy. In fact, it’s the most difficult planet in our solar system to land on with a success rate of just 40%; lower than on the Moon, Venus, and […] 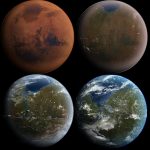 by Yang Lu Getting to Mars is only half the battle. Once the astronauts get there, they won’t have enough fuel to make a round trip back to Earth. This means that scientists must find ways for the astronauts to live on Mars for upwards of a year while they wait for more supplies. What […]