You are here: Home / Biology / The Creation of Snowflakes and Their Uniqueness 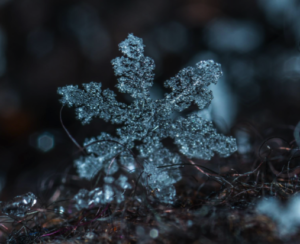 The snow that is expected every year is generated from thousands of snowflakes falling down from the sky with each one having a process of creation that makes each snowflake unique. I love to watch the snowflakes fall down and hit the ground, forming into something bigger. As I watch I also like to think about how they are made as well as the exact reasoning why everyone says they are unique. To start, snowflakes are created in the sky, in clouds, through a series of different factors that make each one different by the time it reaches the ground. First, a snowflake is formed in a cloud that is experiencing cold weather and other factors. When it is cold, water vapor created from water going from a liquid to a gas finds a tiny particle and uses that tiny particle to clump together into a drop of water. If the cloud is in cold enough weather, the water freezes and turns into an ice crystal instead of being a rain droplet. At this point, this is only the beginning of the snowflake and the snowflake does not fully form until it reaches the ground. 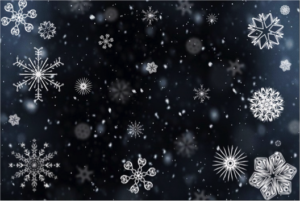 When the ice crystal starts falling toward the ground, that is when it starts to form. The ice crystal has water vapor freeze onto the crystal, becoming a six-sided shape and continues to do so until it reaches the ground. Since this process of falling down has so many different ways of forming that it makes every snowflake unique from one and another.