You are here: Home / Year 2 Innovate / Coral – The Plant-Like Animal

The other day my friends and I had a debate about which kingdom corals belong in. Some said they’re animals, some said they’re plants. After the heated conversation, we Googled it and some were shocked to find that corals are animals. 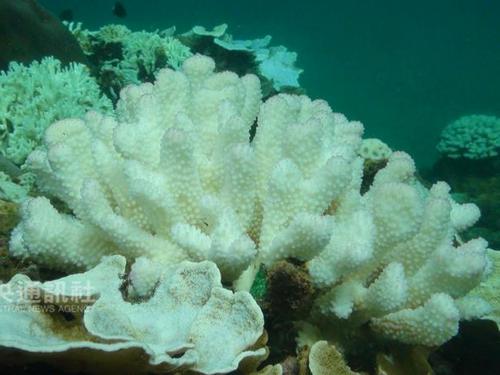 One of the characteristics that allow scientists to determine whether an organism is a plant or an animal is how they get their energy. Plants are autotrophs; they get energy through photosynthesis, whereas animals are heterotrophs that get their energy from other organisms. There are algae called zooxanthellae. Residing in corals, they provide oxygen, glucose, amino acids and other essential nutrients to corals through photosynthesis. The corals are heterotrophs that get energy through their unique relationship with zooxanthellae, which is why they are animals.

The conversation between me and my friends reminded me of the problem surrounding climate change and corals. Some types of corals are heat-sensitive animals. When temperature rises too high, the zooxanthellae leave the corals, cutting off corals’ source of energy. When this process called coral bleaching happens, corals lose their colour and turn white. Additionally, when humans produce more carbon dioxide than the ocean can take, corals can’t effectively absorb the needed calcium carbonate, resulting in corals destroyed and killed.

Corals around my home country have also been affected by climate change and humans. Taiwan is located near the equator, where the temperature can easily rise very high to the point where corals will be affected. If we don’t eliminate the amount of carbon dioxide we create, not only corals, but other wild lives will also be affected.